“NO MORE FOOD WASTE IN THE VALUE CHAIN”

“Wholesurplus”, a web application that links retailers and food banks in order to prevent food waste in Turkey, was launched by Olcay Silahli and Arda Eren. While they are the most early-stage start-up among the other eight 2017 Accelerate2030 finalists, but a very successful year earned them a spot in the accelerator program.

Olcay: “A specific interest in food waste came when I worked as a brand manager for Unilever. I did several projects abroad in Ireland and Kenya and in 2013 I was involved in a globally linked food waste project in Turkey. Unilever  eventually changed the focus of the project to food security, but the whole thing kept triggering me. Was there anything we could do to solve food waste? When I did market research I discovered the concept of food banks and found some in Turkey. While talking to them, I noticed that a sustainable food donation model was missing.

Eventually we started to work on solving issues by developing a web application in which they can see when and how much food is available. Food banks and retailers are using their own computers for planning.

We embedded the solution on their way of working instead of making them work differently. Retailers can post their surplus and food banks have to confirm they received everything. A simple and efficient system without a lot of paperwork. “ 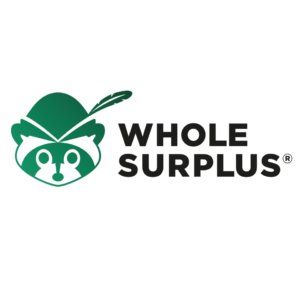 “The concept of a social enterprise or impact entrepreneurship is not really understood in Turkey. Here they feel these projects should always be not-for-profit. A second challenge for us was the operational part. The infrastructure in Turkey for food banks and delivery were not developed.

In the beginning food banks were not getting food from companies or retailers at all. They just received money donations from the state and bought fresh food to help people in need. Next to this food delivered was not meeting the food security standards well enough and the network of distribution was not fully developed either. By developing our platform we managed to change this model.”

“It was always one of my biggest dreams, setting up my own company before I was thirty and now I am starting to realize it. I am happy we now managed to reach out to the critical mass and hopefully potential partners. I am also very proud of our team.

To other entrepreneurs I would like to say: “Focus on your customer and the solution instead of investment. If you have these two, investors will come. Apart from this: You need to keep on walking! Sometimes you will get frustrated, but always believe that you are going to solve it, because only then you will.”

This article is one in a series presenting finalists from previous editions of the Accelerate2030 global scaling program. The third edition of the program in currently in the national scale-readiness phase and the international finalists will be selected at the end of August. The international finalists will be present at the Impact Hub Geneva and the SwissSustainable Finance week from the 4th until the 11th of October.

The article was originally published 1/10/2017 on the blog of Impact Hub Geneva and is written by Marlou Dahmen. The original post can be found here.