Accelerate2030 is a multi-stakeholder program co-initiated by Impact Hub and UNDP in 2016, with the mission to scale the impact of entrepreneurial solutions for the SDGs. The programme provides entrepreneurs with access to a wide network of experts, coaches and impact investors enabling them to become more investment-ready and increase their social impact. Engaging around 50 partners globally, A2030 has to-date been implemented in 19 developing and emerging economies, reaching 1 million people and more than 500 entrepreneurs.

Nine social entrepreneurs from around the world were selected to participate in the 2017/18 edition. Having witnessed the difficulty entrepreneurs face in handling workload and the diversity of skills and knowledge they need to rapidly acquire, the A2030 program coordinators decided to expand the leadership and resilience pillar of the program and pilot the introduction of a personal coaching component. To meet this need, a number of experienced and certified international coaches were carefully selected and the entrepreneurs were given the opportunity to choose which coach best matched their leadership development needs.

When the entrepreneurs provided their final feedback, coaching emerged as the single most beneficial component. This totally unexpected outcome confirmed the value of the pilot. It is noteworthy to mention that most of the entrepreneurs had never experienced coaching before the A2030 and were generally sceptical from the outset.

Why coaching adds value to the quality of social entrepreneurs business results?

According to the nine participants and their coaches, the ingredients for success rely on four critical elements:

One entrepreneur raved about her coach, and how well he understood her and her specific issues as he was based in the same town as her. One of the ‘drop-outs’ also spoke about the importance of contextual understanding, implying that he experienced the lack of it.

“We were a very good match , so trust was built quickly. We worked organically and dealt with things as they arose as the coachee. was committed to the process.” (A2030 coach)

One of the five pillars of the Accelerate2030 Program is resilience and leadership. It turns out, that the coaching component really hit the bull’s eye in this context.

“My coach carried me through the toughest time in my career.” (A2030 participant )

One entrepreneur felt that his coach helped to prevent a mental break down and another was supported in getting back to leading her business after a debilitating stress-induced illness.

Resilience for these entrepreneurs means to feel empowered to deal with the constant demands of a growing business while limiting the personal toll, to weather the storm.

“Concepts and approaches to better understand myself as a manager and individual, learned a lot about managing stress, pressure and frustration.” (A2030 participant)

“I pass on a lot of new concepts and leadership style elements to my team. I learned to focus on my strengths more and to stand my ground more resolutely in management conflicts I am facing.” (A2030 participant)

A coachee described how his coach helped to rethink his leadership style and the work life balance of the whole team. After some particularly gruelling weeks, this encouraged him to offer a night away to his team, “with their life partners!”, he added with a chuckle.

“During coaching sessions, I learned how to view the team and my management style objectively and how to better analyse my daily interaction strategies with them accordingly.” (A2030 participant)

The A2030 program focussed a lot of support on business planning and execution. And at least a couple of entrepreneurs also found their coaches invaluable as they expanded markets, created partnerships or modified their business plan. In one case, the coach supported the transition from a business focused on motorcycle safety to a pan-African logistics company.

Participants described the coaching style of their coach, commenting on both their empathy and their processes, with specific tools that the coachee could then use outside of the sessions. One explained in detail:

“My coach helped in two ways. First, strategy: Some formulas and exercises to understand our core, what we do best compared to others. Second, the company is made by people and she is helping me to grow as a person. She is giving advice and sharing strategies to execute every day, suggestions to organise my day, my vision, my work.”  (A2030 participant)

Several entrepreneurs spoke highly of their coaches’ empathy and their ability to listen deeply. This enabled them to reflect in a new way on their leadership styles and core business processes. It inspired them to experiment with different styles and discover for themselves what works and in which circumstances. The coaching proved to be particularly useful in how they approached and developed their strategies to scale and to maximise their impact.

“My coach was used as an empathetic sounding board, frankly more like psychiatrist. She gave me a safe space where she was plugged into my problems but maintained impartiality and high altitude thinking. She let me talk through a lot of challenges when I didn’t really have anyone else appropriate to talk to.” (A2030 participant)

As one of the A2030 coaches explained:

“Coaching encourages the sharing of thoughts, feelings, intuitions and provides the space for hearing one’s own voice more clearly. It created a sense of ownership for the entrepreneurs of the decisions they took. It allowed them to reflect if they were putting into practice what they aspired towards. And not least, in the middle of difficult decisions and implementation it allowed them to be lighthearted.” (A2030 Coach)

When coaching does not work

While coaching was transformative for the majority, three entrepreneurs did not engage in the process. They could not envisage enough potential benefit to devote the time required. The program coincided with a period of rapid business growth for them, and they did not feel that they had the bandwidth to engage in reflection and focus on what they perceived as non-essential processes.

“We struggled to keep up with the time demand and decided to give up the coaching. Not because it didn’t help, but because we needed to focus on making the company float.” (A2030 participant)

In one case at least, there was a potential mismatch between the needs of the entrepreneur and the areas of work offered by the coach. The coach was a specialist in team work and set out to coach several team members simultaneously. This proved logistically difficult as team members were based in different towns, and the entrepreneur felt that the focus offered was not his priority:

“For me, my biggest concern growing the team, keeping the culture, I needed more expertise on this. I am hiring top people with high level experience – e.g. 20 years at Unilever…. How to handle and integrate these people. “ (A2030 participant)

Moving forward with A2030

In this edition, each country will implement its own national programme, with the aim to identify the entrepreneurs with the best impact-driven, scalable solutions that tackle the SDGs and to support them in shaping and achieving their scaling objectives. Those with the highest international scaling potential will be invited into the global programme, to be kicked off during the Global Scaling Week in Geneva in October 2019.

Lessons learned have been incorporated in this new edition. Coaching is an integral part of the experience especially for the global cohort to support the international scaling journeys. 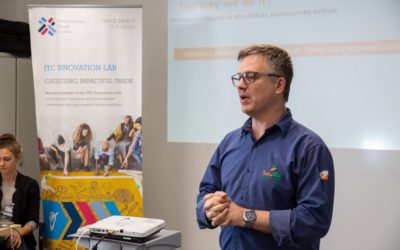 Connect with Accelerate2030 at Scaling Week 2022

From the 30th Sep - 6th October 2022 Accelerate2030 and Impact Hub Geneva-Lausanne will host the Sixth Accelerate2030 Scaling Week in Switzerland. Scaling Week aims to connect entrepreneurial champions from across the Global South –  working on transformational...

END_OF_DOCUMENT_TOKEN_TO_BE_REPLACED 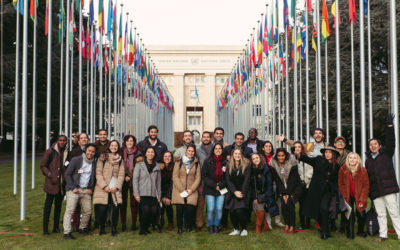 This year, Accelerate2030 Scaling Week is happening alongside the Building Bridges Week in Geneva  - the main moment when the Geneva financial community comes together with the development community and businesses to channel more funding for action towards the...